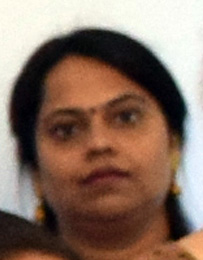 Agenesis of Left Diaphragm manifesting as diaphragmatic hernia during Pregnancy

Diaphragmatic agenesis unilateral or bilateral is the most severe and rare form of diaphragmatic defects. Its presentation during adulthood is extremely rare and if the defect manifest during pregnancy, life threatening events may affect both mother and foetus. Here we are reporting a case of left sided agenesis of diaphragm, presented as diaphragmatic hernia during second trimester of pregnancy.

A 21 year old primigravida with 24 weeks of gestation was suffering from shortness of breath, persistent nausea and vomiting, dull aching pain in left hypochondrium since one month. On doing chest x-ray at a private hospital, suspecting hydropneumothorax of left sided, intercostals drain (ICD) was inserted but ICD was removed after four days as no relief of symptoms was seen .Further, patient was referred to GMCH, Nagpur where chest X-ray, showed air fluid level suggestive of stomach in left hemi thorax, right mediastinal shift with loss of sharp left hemidiaphragmatic line separating the abdomen from thorax. After insertion of Ryle’s tube, repeat chest x-ray showed intestinal shadows in left hemithorax. USG and MRI (thorax and abdomen) confirmed agenesis of left hemidiaphragm with herniation of stomach, small and large intestines and spleen. Hence, patient was posted for diaphragmatic hernia repair on elective basis.

During first preoperative evaluation, the patient was restless, had tachycardia (110 beats /min) and dyspnoea (24breaths/min). Blood pressure was 100/60mm Hg. On auscultation, absence of breath sounds in left hemithorax. Heart sounds were heard to the right of the sternum. Uterus was palpable corresponding to 24 weeks of gestation.

So, we advised optimisation before surgery i.e. correction of dehydration and electrolyte imbalance.

Patient received Tab. Isoxsuprine 10 mg TDS till 48 hours of surgery. Also, Injection Progesterone 250 mg (i.m.) and Inj. Bethamethasone 6mg (i.m) 24 hours apart. Antacid prophylaxis was given. Detailed counselling of the patient and relatives was done regarding the risk to both mother and foetus. Combined balanced general and epidural anaesthesia was planned.

On the day of surgery, patient’s vitals were acceptable. On air,SpO2 was 96%. Epidural catheter was inserted at T12-L1 level. Ryles tube aspiration was done before induction of anesthesia. Wedge given under right side buttock placed. Adequate preoxygenation was followed by rapid sequence induction and intubation. Intraoperatively patient was given inj. Midazolam 0.75 mg, Fentanyl 60 mcg and maintained on Oxygen and Sevoflurane (1 % -2%) with low tidal volume and low airway pressures. Intraoperatively vitals were stable and urine output was satisfactory.

Through, subcostal incision abdomen was opened. Intra-thoracic abdominal contents were pulled and replaced in abdominal cavity and defect was closed with help of mesh. Abdomen was closed only with skin suture. ICD inserted in left hemithorax.
Reversal and extubation was done when the patient became fully awake. Later patient was observed to PACU. Intraoperative and post operative analgesia was provided through epidural catheter using low doses of local anaesthetic and Fentanyl and Paracetamol infusion (800mg).

Diaphragmatic agenesis is typically diagnosed in early infancy and carries significant mortality (38-62%). Survival of these infants often depends on cardiopulmonary function and the constellation of other congenital anomalies that is often present. Isolated diaphragm agenesis is rare. It does however; occur with familial heritance with often multifactorial genetic etiologies Only 7 cases in the literature have documented diaphragmatic agenesis. Adult patients with left-sided diaphragmatic defects present with symptoms of visceral herniation. However, right-sided agenesis occurs with few symptoms due to the presence of the liver preventing other viscera from herniating through the diaphragmatic defect. It is likely that our patient had no symptoms prior to pregnancy as stomach, viscera and colon remained within the abdominal cavity until displaced by the gravid uterus. Also, patient may remain asymptomatic during first or second trimester. As pregnancy progresses, due to uterine enlargement, hernia may also increase in size and may lead to symptoms ranging from respiratory distress to bowel obstruction signs. Apart from chest x-ray, Sonography and MRI scans maybe done to understand the contents better.

If a patient is asymptomatic then elective repair of hernia in first or second trimester can be planned. Third trimester should be avoided, if necessary then should be combined with elective caesarean delivery. If the patient is symptomatic, then surgery should be carried out as an emergency procedure after optimization of the mother and the fetus, irrespective of the gestational age. Normal vaginal delivery should be avoided in all circumstances as raised intra-abdominal pressure may aggravate the hernia and may lead to strangulation of contents.

Pregnant patient needs to receive appropriate prophylaxis for foetal lung maturity esp. gestational age is between 24-34 (5) and prophylaxis against spontaneous labour. To avoid gastroesophageal reflux, good antacid premedication should be given to avoid chances of aspiration.

Rapid sequence induction and intubation in propped position should accompanied by placement of wedge under the right flank to increase the venous return. After securing the airway, aim should be to maintain the pCO2 within normal range. Hypoxemia and hypocapnia or hypercapnia in mother leads to uteroplacental vasoconstriction causing uteroplacental hypoperfusion, foetal hypoxemia and acidosis and may lead to death of the foetus.

Positive pressure ventilation and thoracic contents may lead to raised intra thoracic pressure resulting in hypotension and cardiovascular collapse. Compression of the vessels in abdomen after replacing the herniated contents may further impede the venous return and affect the hemodynamic stability.

Furthermore pregnancy is associated with increased sensitivity to volatile anaesthetic agents. Upto a MAC of 1.5 all the inhalational agents dilate the uterine arteries, increase the uterine blood flow and decrease the uterine tone. In first trimester nitrous oxide should be avoided due to teratogenic effects and presence of intestines in thoracic cavity. Light plane of anaesthesia and intra operative pain should be avoided to prevent maternal catecholamine release leading to uteroplacental vasoconstriction. Hence, we preferred to maintain patient on O2 , sevoflurane and epidural analgesia.

If the patient has hypoplastic lungs then she should be ventilated electively atleast for 24 hours. If the patient has good functioning lungs, extubation may be planned when patient is completely awake, preferably in left lateral position again to avoid aspiration. Post operative prophylaxis for uterine relaxation should be continued and if the foetus survives then an elective caesarean section should be planned according to the growth of the foetus.