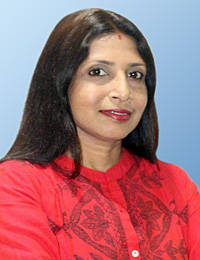 
One of the most raging topics that appeared these days in various sections of media is ‘living will’.
A ‘living will’ is a legal document like an asset will, where one can direct the medical treatment course in advance, for the end stage of life, when decision making capacity may fail. This can be made by any person above 16 years of age, with a sound mind and not intoxicated by any substance causing alteration of consciousness. It has to be done in presence of two witnesses who will not have any stake, financial or otherwise in case of the subject’s demise.

This is not equivalent to ‘euthanasia’ or ‘mercy killing’, wherein death process is hastened actively by administering lethal substance, to honor the wish of the sufferer, and relieve him of sufferings due to prolonged illness. A ‘living will’ is a well considered proposition which allows the treating doctor to discontinue or withdraw the artificial life support system in case a permanent vegetative state is reached or where recovery is impossible. It is a matter of personal choice that one makes, keeping in view the values and one’s own beliefs. It is a concept associated with ‘passive euthanasia’. An express-wish has to be made in the ‘living will’ with regard to the invasive procedures which may be required at the terminal stages leading to increased suffering e.g. catheterization, cannulation, tube feeding etc. The directive of ‘do not resuscitate’ in case of cardiac arrest has to be given clearly. However, it is within the right of the treating doctor to refuse to execute the ‘living will’, but should hand-over the case to another competent doctor willing to honor it.

‘Euthanasia’ is legal in Belgium and Netherland since many years. However ‘passive euthanasia’ has a wider acceptance, wherein, the relatives can appeal to discontinue or withdraw the support system required to sustain life in a patient with absolutely no chances of recovery. In rare cases, even the treating physician can take the decision to withdraw life support of a patient in persistent vegetative state keeping in view the principles of ‘Bolam test’. In countries like US, Germany, Switzerland and Japan, ‘passive’ or ‘physician assisted euthanasia’ is recognized. Other countries like Italy, France, Canada, Australia and UK, currently lacks any legislation on ‘Living will’. In India the proposal to legitimize ‘living will’ was first put up in 2006, which couldn’t be passed. Again a bill draft prepared by the law commission with recommendation from the expert committee was put up for consideration in 2012. The relatives of Aruna Shanbaugh, who was in a permanent vegetative state for more than 35 years, following an unfortunate event, had approached the court in 2011. The Supreme Court allowed passive euthanasia in that case which was a path-breaking judgment. Presently, ‘passive euthanasia’ is only ‘partially legitimate’ in India, in the sense that it cannot be executed unless it is approved by the court and that too under very special circumstances. Just a few days back, a five judge constitution bench headed by the Chief justice of India, Shri Deepak Mishra, was hearing an appeal made by an NGO, ‘Common Cause’, to declare the ‘right to die in dignity’ to be brought under the ambit of Article 21 of the constitution that sanctions the ‘right to live’ as a fundamental right . Govt. of India has opposed the bill stating that, it may be misused. However, the Supreme Court keeps the view that a ‘regressive step’ cannot be taken from the verdict of the ‘Aruna Shanbaugh’ case.

There is a strong opinion now fast emerging on this issue which suggests that, it can give a sense of better control over one’s life and death. It can save the financial drain putting the family members in distress due to artificial prolongation of life when there is no hope of recovery of the patient. In a resource poor country like ours, this factor is important. One may not like to be a burden on anyone at the end stage and may prefer to die in dignity. One may not like to undergo the humiliation of being objectified. Also in a country where thousands are waiting to get organ donation, it is a point to reckon with. When all these issues are being considered, one question that remains is, whether our country is mature enough to take this?