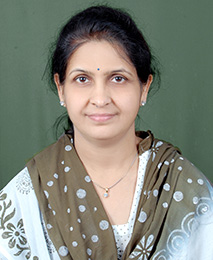 Human to human transplantation of organs has been accepted by healthcare professionals as the best and often the only cure for a wide range of fatal diseases.

Experts say that the organs from one donor can save as many as 8 (eight) lives.

DATA OF DOD FROM ZTCC NAGPUR 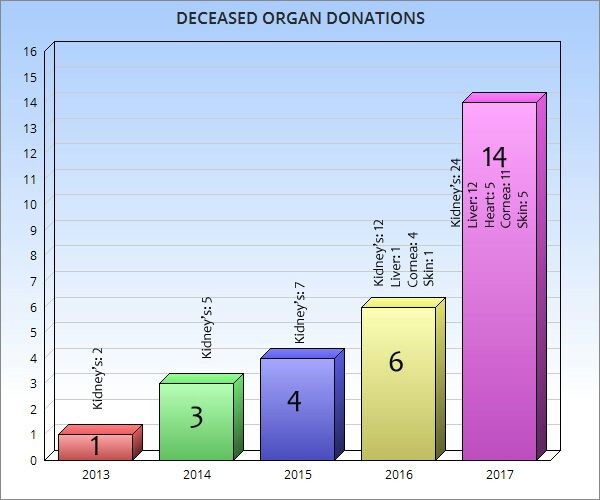 Since 2015, we have retrieved organs from6 cadavers – in 2015, 2 patients were taken for kidney retrieval and one kidney transplant from each cadaver took place in OCHRI itself.

In 2016, one cadaver was taken in OT and both the kidneys were sent outside, as our own KT, team was not available.

In 2017, 3 cadavers underwent organ donation and we could retrieve 3 livers, 1 heart, 6 kidneys, eyes and skin and send them to

Still, on a positive note, the donations are surely increasing day by day, and transplantation of kidney liver, pancreas, heart & lung are becoming more frequent because of technical developments & improvements in immunosuppression. However, the quality of donor management is a major determinant of the outcome of DBD donation. For improving the quality of donor care, one must have a fair knowledge of the patho-physiology of brain stem death.

Brain death is often associated with marked physiological instability, which if not managed, can lead to a predictable pattern of complex multiple organ failure. Appropriate support before and after brain death can improve the number & quality of donor organs and hence skilled retrieval teams are important in the organization.(Table 1)

Neurological – Brain death is usually preceded by a variable period of raised ICP.

Cardiovascular – With increasing ICP, there is compensatory arterial hypertension, perhaps associated bradycardia, followed by marked sympathetic stimulation, with intense vasoconstriction, raised systemic vascular resistance, and tachycardia (a catecholamine storm). These are associated with central redistribution of blood volume, increased afterload, and visceral ischemia. The severity of changes depends on speed of onset of brain death. After the catecholamine storm, there is loss of sympathetic tone & peripheral vasodilatation. The resulting hypotension, if untreated, leads to hypo perfusion of all organs & may contribute to rapid donor loss.

Coagulopathy is present in upto 34% of patients.

The goals of organ donor management

Before the diagnosis of death, treatments are targeted to maximize the chances of patient survival rather than to support individual organs. After brain death, if donation is a possibility, an approach aimed at properly monitored balanced resuscitation of the donor & maintenance of all their organ systems ensures the greatest number of organs suitable for transplant.

In essence, donor management is a continuation of previous critical care management, but with a shift in goals. This mandates an effective CPR, invasive arterial monitoring, pulmonary artery catheterization etc.

Standardization of goals – Therapeutic goals and treatment guidelines have been formed based on expert opinion & current research. An institution can follow recommendation from organizations such as, The United Network for Organ Sharing (UNOS) or the Crystal City Consensus Conference Cardiac recommendations etc.

The Canadian multidisciplinary forum has recommended specific goals, which are included in the following table (Table 2)

The principles of organ donor management are based on monitoring & therapies used in ICU and prompt change in therapy in presence of common derangements like hypothermia, hypotension and diabetes insipidus.

Temperature management – It includes active warming to maintain temperature > 350C before and during retrieval.

Cardiovascular support & fluid management – The first priority is to maintain an adequate, effective intravascular volume. There is no evidence that any specific fluid has particular advantages for resuscitation in donors. If crystalloids are given, balanced salt solutions may help avoid hyperchloremic acidosis. Blood & blood products should be used as per ICU protocol. High doses of starch-based colloids should be avoided in view of probable association with delayed graft function. The rate of IV infusion should be titrated according to the diabetes insipidus. Avoiding excessive fluid loading is associated with increase in number of transplantable lungs.

Cardiovascular function improves with use of catecholamines but higher doses of Dopamine and Norepinephrine (> 0.05µ Kg -1 min -1) in donors is associated with increased cardiac graft dysfunction.

Some guidelines advocate thyroid hormone supplementation and is safe if overdose is avoided.

Ventilatory management – Lung damage from ventilator induced lung injury is common in ICU patients. So the strategy is now similar to the modern management of patients with acute lung injury (Tidal volumes of 6-8 ml Kg-1, PEEP, and measures to prevent derecruitment).

Management of Liver function – The liver suffers from acute haemodynamic changes at the time of brainstem death. The administration of methyl prednisolone reduces cytokine release both before retrieval & during surgery. It has been suggested that ischemic preconditioning of the liver in the heart beating donor might reduce IR injury. Volatile anaesthetic drugs and remifentanil have potentially beneficial preconditioning effects in hepatic & cardiac surgery, and could be investigated in organ donation.

Donor criteria for pancreatic graft retrieval are strict. Low vasopressor use and good glycaemic control are associated with increased numbers of retrieved grafts.

Table 3. Summary of the principles of donor management

Physiological support in the operating theatre

A multiple organ donation procedure involves midline laparotomy, extended by sternotomy, even if thoracic organs are not to be retrieved. There is potential for significant blood loss and hypothermia. Surgical manipulations cause cardiovascular instability, and vasoactive infusions are likely to be in progress. Maintaining stability during the procedure allows unhurried removal of organs in optimum undamaged condition. This can be demanding, and ideally donor support is provided by an appropriately experience individual from anaesthesia or critical care.

Spinal reflex movements are common and full neuromuscular block is required. Hypertension and increased plasma catecholamine concentrations have been observed during surgery and attributed to spinal reflexes. These can occur spontaneously or on surgical stimulus and have prompted some to suggest that anaesthesia for organ donors is required. However, marked spinal reflexes have been observed in the brain dead with liquefied cortex and cardiovascular changes are both generated and modifiable at spinal cord level alone. Hypertension may be moderated with vasodilators, opiates, or volatile anaesthetic agents. In addition, volatile anaesthetics may induce ischaemic preconditioning in hepatic and cardiac surgery. For this reason, some retrieval teams administer them during the last 30 min before aortic clamping.

What needs to be done more?

The government needs to step in with resources to increase awareness from school days onwards. Chapters in schoolbooks & education while applying for voter card/driving licence could be introduced. Various awareness campaigns through media can be undertaken.

However, it is the need of hour that, regardless of a law on organ donation, people must come forth on their visit to be an organ donor after death. In addition, this can only happen if the govt. and healthcare facilities in an effective way. We should aim to follow the example of Croatia or Brazil. Croatia was able to increase their organ donation rate from 2.7 per million to 35 per million population over 10 yrs & today they are second in the world only to Spain. Recognizing organ donation as a priority area, earmarking requisite funds, sustained awareness campaign, training of transplant coordinators & appointing a key donation person in each hospital achieved this feat.

In India, millions are waiting for organs. Of those who are waiting, some have stepped forward to donate the healthy organs. They believe, they have more to give…!

So what’s stopping you? Pledge your organs today!