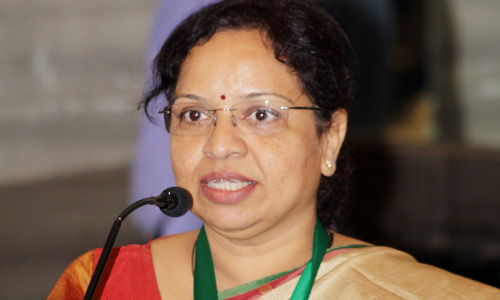 In recent years, advanced laparoscopic surgery has targeted older and sicker patients and subsequently anesthesia challenges have increased. It is well known that laparoscopy can compromise the cardiovascular and respiratory function of the patients. Cardiac diseases were considered as absolute contraindication for laparoscopy, however, nowadays there is hardly any absolute contraindication for a procedure to be performed laparoscopically, since the postoperative benefits far exceed the stress of intraoperative pathophysiological changes (2).

In this article, I have tried to highlight salient cardiovascular changes in response to carboperitoneum used during laparoscopy and outline management principles for safe conduct of anesthesia in patients with high cardiac risk..

Carbon Dioxide is the gas of choice used to produce pneumoperitoneum as it is relatively inert, readily absorbed, does not support combustion and therefore permits use of electrocautery. However absorption of CO2 causes minimal hypercarbia and acidaemia. It has been demonstrated that despite significant and large increases in the arterial PaCO2 beginning at the intraabdominal pressure of 5 mmHg, haemodynamic alterations only occurred when PaCO2 increased by 33 percent and no change in mean arterial pressure was observed despite significant alterations in arterial PaCO2 and increased intraabdominal pressure. This discrepancy suggests that deleterious effects in haemodynamic and cardiovascular function are due to both, long duration of CO2 insufflation and high intraabdominal pressure (3).

Hypercarbia has dual and opposite effects .Directly hypercarbia dilates arterioles and depresses myocardium, however indirectly it enhances sympathetic activity by release of catecholamines. This leads to abnormal chronotropic and inotropic effects on heart causing increase in myocardial oxygen consumption. In patients with heart disease beta adrenergic cardiac and vascular effects prevail. This leads to hypertension, tachycardia, increased cardiac output and stroke volume and decreased systemic vascular resistance. These effects are due to two to three fold increase in epinephrine and norepinephrine levels. Hypercarbia and respiratory acidosis together lead to a decrease in myocardial contractility and lowering of arrhythmia threshold. There is increase in myocardial oxygen demand where as coronary filling time is shortened.

Increasing the concentration of inhalational anaesthetic agent in response to increased MAP may lead to depression of myocardial function which is especially deleterious in patient with heart disease.

Abdomen is a closed cavity with a steady pressure inside of 0-5 mmHg. With introduction of CO2 in this cavity, the pressure rises which has deleterious effects on haemodynamic parameters. Upto 10 mmHg of IAP, metabolic and haemodynamic parameters do not change significantly. With standard IAP of 12-15 mmHg, there is compression of capacitance vessels as opposed to collapse leading to increased venous return. MAP rises initially due to shunting of blood away from abdominal cavity but later stabilizes or decreases. Heart rate may rise in response to increased systemic vascular resistance and arterial blood pressure to maintain cardiac output but there are no long term changes in heart rate with laparoscopy (4).

There are frequent and abrupt changes in preload and afterload conditions of heart due to raised IAP and these changes are poorly tolerated by patients with severe coronary artery disease or valvular heart disease. Acute fall in coronary perfusion pressure in face of increased left ventricular work can lead to myocardial ischaemia and left ventricular dysfunction.

Intravascular volume loading is used to maintain CVP on higher side to lead to adequate right heart filling and left ventricular stroke volume in presence of raised IAP, however patients with ischaemic heart disease are best maintained under conditions of reduced preload and afterload. Rapid increase in intravascular volume may cause left ventricular decompensation and heart failure. Meticulous and aggressive monitoring is required in such patients (4).

In ASA III and IV patients PEtCO2 does not reflect changes in PaCO2 during insufflations due to changes in alveolar dead space consequent to reduced cardiac output, increased ventilation perfusion mismatch or both. Therefore direct arterial PaCO2 monitoring is recommended in patients with significant cardiovascular disease (4).

Changes produced by CO2 insufflation and raised IAP are further complicated by changes in patient positioning during laparoscopic surgery. In head up position a decrease in cardiac output and mean arterial pressure is seen due to fall in venous return. It is observed that loading conditions of heart are not affected during laparoscopy if moderate degree of head up tilt is used after progressive insufflation at limited IAP (12 mmHg). Venous stasis in legs is compounded by lithotomy position and carboperitoneum (4).

With the background of these changes one may tend to ask whether it is safe to undertake laparoscopic surgery in patient with cardiac disease.

The anesthesiologist must have a deep understanding of the pathophysiological consequences derived from the pneumoperitoneum in order to be prepared to prevent, detect and address the possible alterations that can occur during the surgery.

Preoperative evaluation is essentially same as for other surgical patients. Meticulous history taking and clinical assessment of patients undergoing laparoscopic surgery is an important aspect of managing such patients. Laboratory investigations as required need to be performed depending on co morbidities and nature of procedure as done in other patients. Resting ECG and transthoracic echocardiography are usually performed. Although the left ventricular ejection fraction (LVEF) on resting transthoracic echocardiography is very commonly used to assess cardiac function, LVEF is not a part of any of the commonly used risk scoring systems used to predict perioperative cardiac complications. Hence there is little reason to discourage laparoscopic surgery on the basis of single LVEF value. Moreover, it is important to know that assessment of LVEF is operator dependent. Despite these shortcomings, a 40% cutoff value is considered safe for surgery. However laparoscopic surgeries have been safely done in patients with much lower LVEF (7).

Any associated medical condition should be optimized with appropriate medication before considering anaesthesia for elective laparoscopy. All ACC/AHA guidelines to evaluate and optimize a cardiac patient for non-cardiac surgery should be followed (9)

Laparoscopic surgery involves minimal access with maximal trespass of normal homeostasis and careful assessment of intraoperative risks and postoperative benefits must be done for every patient. Patients should be informed about the risks involved and possibility of conversion to open surgery if required.

Choice of anaesthetic technique, drugs and monitoring techniques used would depend upon type of procedure and expertise and experience of the team of surgeon and anaesthesiologist.

General anaesthesia with endotracheal intubation and controlled ventilation is recommended for these patients.

Patients with CHF are more prone to develop cardiac complications than patient with ischaemic heart disease during laparoscopy. Patients with aortic outflow obstruction and left ventricular hypertrophy are extremely sensitive to changes in afterload making the sequence of anaesthetic induction followed by peritoneal insufflations particularly hazardous. This is a setting leading to increased demand and compromised supply of oxygen to myocardium. It is prudent to anticipate these haemodynamic perturbations and intervene early (4).

Principles of management include avoidance of drug induced myocardial depression, maintenance of myocardial contractility, prevention of hypotension to prevent myocardial hypoperfusion and maintenance of adequate preload while preventing fluid overload (10).

Choice of drugs can be tailored according to individual patient and the settings in which the procedure is being planned e.g. outpatient settings. Nitrous oxide use is said to be associated with increased PONV and concern is raised over diffusion of nitrous oxide in CO2 pneumoperitoneum causing fire and explosion and diffusion into bowel lumen causing distention of bowel hampering surgical access on prolong surgery, however , any benefit from its elimination should be balanced against a greater risk of intraoperative awareness (11).

Monitoring- All standard non invasive monitoring in the form of pulse oximetry, non-invasive blood pressure monitoring, continuous ECG, EtCO2 and temperature monitoring should be in place.

Continuous assessment of mixed venous oxygen saturation (SVO2) in surgery with little blood loss and preserved arterial oxygenation might directly reflect cardiac output and a decrease in SVO2 during laparoscopy would suggest possibility of cardiovascular compromise (4).

Continuous ST segment analysis should be used for detection of myocardial ischaemia.

Elliott et al in a study using trans-esophageal echocardiography (TEE) during LC in healthy patients found that considerable cardiovascular changes occur during insufflation of CO2 and they recommended the use of TEE in patients with limited cardiac function (12), However this monitoring requires an expert and facility may not be easily available to all.

Regional anaesthetic techniques are also being used for laparoscopic surgeries and are shown to be an effective alternative to general anesthesia in selected cases (14).

Patient cooperation, a skilled and experienced surgeon, use of reduced IAP and low degrees of patient tilts are important requirements for successful conduct of laparoscopies under regional anaesthesia. Careful selection of patients and procedures leads to safe use of regional anaesthesia as a sole anaesthetic technique. Spinal, epidural as well as combined spinal epidural anaesthesia have been usedsuccessfully. Rectus sheath blocks, inguinal blocks and caudal blocks have been used as an adjunct to general anaesthesia and to facilitate postoperative analgesia. Intraoperative use of sedative drugs to allay anxiety and discomfort can lead to hypoventilation in face of pneumoperitoneum and tilts used in positioning the patients.

Epidural anaesthesia with general anaesthesia is a suitable combination in laparoscopies. Cardiac patients would benefit from this combination as epidural analgesia would supplement intraoperative analgesia decreasing the requirement of myocardiac depressant inhalational anaesthetic agents and permit use of reduced IAP through its favourable action on bowels.

Pneumoperitoneum should be started with reduced gas flow and intra-abdominal pressures should be kept as low as possible to minimize hemodynamic changes. The pressure threshold during pneumoperitoneum, associated with minimal changes in the hemodynamics, is 12 mmHg (15).

Low pressure pneumoperitoneum reduces the pressure effects and also the pronounced reduction of cardiac index. Inflation and deflation of CO2 should be done in a controlled manner so that its effects on patient’s hemodynamics are miminised (7).

Advantages of low IAP- Largest volume of gas is pumped into the peritoneal cavity until a value of 7-8 mmHg is achieved. A further increase in pressure leads to geometrically decreasing increments of pneumoperitoneum volume. At this value of IAP the adverse haemodynamic effects are low. Postoperative pain and shoulder tip pain are less and quality of life after 7 days is better. Patients with cardiorespiratory dysfunction are benefitted with limiting IAP (16).

Cardiac patients should be operated in set ups where facility for continued monitoring and cardiac care back up is available in postoperative period. Vigilant monitoring plays most important role in postoperative care. Management of postoperative analgesia and PONV are vital in all patients and especially in cardiac patients. Multimodal analgesia should be the practice as it reduces requirement of opioid analgesics allowing early return of bowel function and reduced incidence of PONV.

A few advances in laparoscopic technique useful in high risk cardiac patients include gasless laparoscopy and use of helium for pneumoperitoneum.

Working space is established with the help of mechanical retractor to lift anterior abdominal wall by 10-15 cm. No gas is used. However a combination of 4 mmHg pneumoperitoneum in addition to abdominal lifting gives better working conditions (17).

Helium as gas for pneumoperitoneum- The absence of hypercarbia, acidaemia and pulmonary hypertension that characterize carboperitoneum suggests that helium may be the insufflating gas of choice in patients with significant cardiopulmonary disease (3).

It has been observed that the benefits of laparoscopic procedure are particularly important for patients with pre existing cardiopulmonary disease. The key to success while managing anaesthesia for these patients lies in good preoperative assessment and optimization, aggressive hemodynamic monitoring, lowered intra abdominal pressure and reduction in pneumoperitoneum time.