RADS is a term proposed by Stuart M Brooks and colleagues in 1985(2) to describe an asthma like syndrome developing after a single exposure to high levels of an irritating vapor , fume or smoke.(3) It involves coughing , wheezing and dysnea.(4)

It can also manifest in adult with exposure to high levels of chlorine , ammonia ,acetic acid or sulphur dioxide creating symptoms like asthma.(5) The severity of these symptoms can be mild to fatal and can create long term airway damage depending upon the amount of exposure and concentration.
Some experts classify RADS as occupational asthma.(6)

Bronchial Asthma is a chronic inflammatory disorder of the airways in which many cells and cellular elements play a role. The chronic inflammation is associated with airway hyperresponsiveness that leads to recurrent episodes of wheezing, breathlessness, chest tightness, and coughing, particularly at night or in the early morning. These episodes are usually associated with widespread, but variable, airflow obstruction within the lung that is often reversible either spontaneously or with treatment.

Magnitude of the Problem in India

There are about 15- 20 million asthmatics in India. A recent study conducted in Delhi established asthma prevalence to be 12% in schoolchildren. It is a significant cause of school/work absence. Health care expenditures are very high. Morbidity and mortality are on rise. 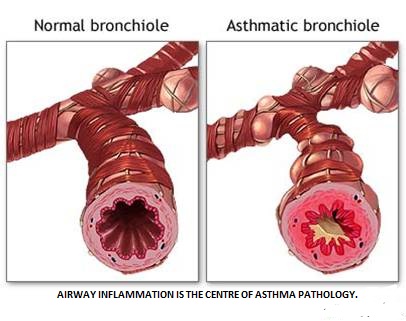 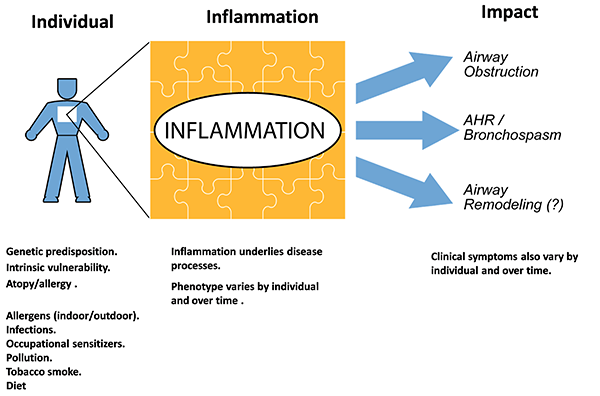 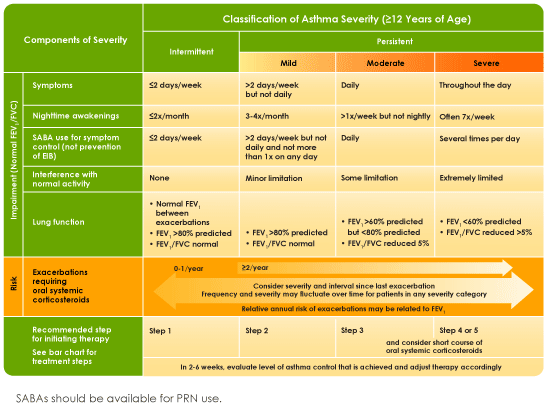 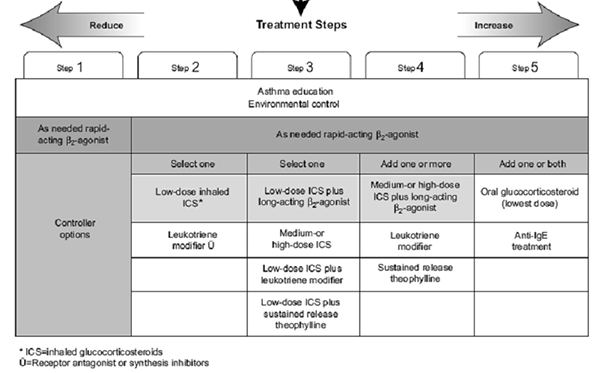 Severe Exacerbations of asthma is a feared complication and may be life-threatening.

Patients are aware of increasing chest tightness, wheezing, and dyspnea that are often not or poorly relieved by their usual reliever inhaler. In severe exacerbations patients may be so breathless that they are unable to complete sentences and may become cyanotic. Examination usually shows increased ventilation, hyperinflation, and tachycardia. Pulsus paradoxus may be present, but this is rarely a useful clinical sign. Arterial blood gases on air show hypoxia and PaCO2 is usually low due to hyperventilation. A normal or rising PaCO2 is an indication of impending respiratory failure and requires immediate monitoring and therapy. A chest roentgenogram may show pneumonia or pneumothorax.