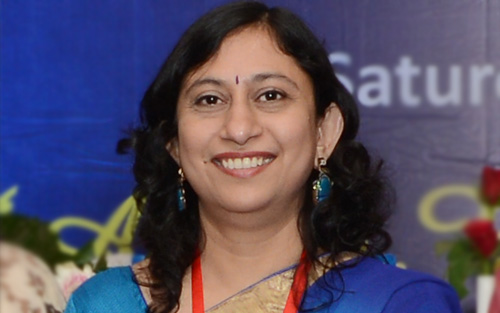 “Pain is defined as an unpleasant sensory and emotional experience associated with actual or potential tissue damage, or described in terms of such damage” Pain can be classified patho-physiologically as Nociceptive or Neuropathic. Acute postoperative pain is caused by noxious stimulation due to injury or disease process, or abnormal function of muscle or viscera. It is nearly always nociceptive.

Most patients fear surgery because of the pain one feels after awakening from anaesthesia. The success of a surgical procedure depends upon many factors which includes appropriate pain control, early ambulation and rehabilitation after surgery.

The development of postoperative pain is a complex process. During surgery the mediators of inflammation are released like histamine, leukotrienes, prostaglandins, cytokines, bradykinins and others, which intensify hyperalgesia at the surgical site and surrounding tissue. The pain is transmitted from the afferent neurons to spinal cord and higher centre where it is modulated.

Non steroidal anti inflammatory group of drugs include Cox1 and Cox2 inhibitors which are used as first line of pain relief after surgeries. Paracetamol is a safer analgesic, antipyretic given intravenously 1gm/8hourly in an average built adult.

Generally, the preparation of paraceta¬mol for parenteral administration markedly increased its use as a perioperative analgesic that can be administered to patients who cannot take oral medications. Because the cost of parenteral administration is much higher than that of oral preparations, it is recommended to change the ad¬ministration route to oral as quickly as possible. Paracetamol taken in the therapeutic dose is well tolerated .Paraceta-mol is metabolised predominantly in the liver, and therefore caution should be exercised in patients with active liver disease and long-term alcohol abuse.

Diclofenac, Cox1 inhibitor, is a very good analgesic and anti-inflammatory for perioperative settings. But the severe gastrointestinal side effects and renal complications have limited its use.COX 2 have lesser side effects and have less effect on blood clotting.

Based on their methods of stimulation, opioids can be divided into: full agonists, characterised by relative selectivity for μ receptors, which reflects their similarity to morphine, partial agonists, which show partial agonism mainly for μ receptors, and opioids of mixed agonistic-antagonistic properties, which interact with more than one class of receptors and can therefore act as agonists for one receptor and as antagonists for the other. The most important opioids used in acute pain management include morphine, oxycodone, fentanyl, nalbuphine, buprenorphine and tramadol.

Morphine is an opioid used to treat severe pain and a standard to determine the action of other opioids administered orally or by injection. Morphine should be applied with caution in individuals with advanced kidney failure because of the possible accumulation of its active metabolite (morphine-6-glucuronide), which can cause respiratory failure.

There are three situations where an opiate might be given:

Fentanyl is a synthetic opioid whose action is 50– 80 times stronger than that of morphine. The onset of ac¬tion is quick (10 sec. after I.V. administration). The duration of action after the administration of 0.1 mg is 1–1.5 h. Fenta¬nyl is recommended when rapid, efficacious analgesia is required; however, owing to its short action, it should be used in continuous infusions or using PCA. Fentanyl can be used in patients with impaired renal functions because it is metabolised into inactive metabolites in the liver.

Tramadol, one of the weak agonist opioid receptors, is a synthetic analogue of codeine that acts centrally. It can be successfully used intravenously and parenterally for moder¬ate and severe pain. The analgesic potency of tramadol com¬pared with other opioids is as follows:

Buprenorphine is a partial agonist and is similar to opioids of mixed agonistic-antagonistic properties, such as nalbuphine or butorphanol. The drugs in question are characterised by reduced ad¬dictive potential compared with that of full agonists. The parenteral form of buprenorphine, is rec¬ommended worldwide. In a dose of 5–15 μg /kg, parenteral buprenorphine provides analgesia comparable with that of IV morphine which lasts for upto 13hours.

Although the efficacy of opioids for post-operative pain therapy is undisputable, side effects and possible compli¬cations associated with their use should be considered. One study demonstrated that in 12% of patients who received post-operative opioids developed side effects that were strictly connected with their use and that di¬rectly prolonged their hospitalisations and increased their costs. The higher the doses of opioids, the higher the risk of complications. The complications were more common in certain groups of patients (the elderly, patients with COPD, sleep apnoea, and asthma and obese patients). The only correct strategy to eliminate complications is multimodal preventive analgesia to achieve the effect of reducing the opioid doses.

The guidelines for post-operative pain management clearly emphasise the importance of multimodal analgesia, the essential element of which should be local anaesthesia (peripheral nerve blocks) whenever possible. The indica¬tions for continuous peripheral nerve blocks for relieving perioperative pain in hospitalised patients and those un¬dergoing ambulatory anaesthesia have expanded greatly. The techniques in question are used not only in patients undergoing upper and lower limb surgeries but also to provide perioperative analgesia in individuals undergoing abdominal plastic, thoracic, urological, gynaecological and trauma surgical procedures.

The protocols regarding local anaesthetics and their adjuvants should take into consideration the patient’s con¬dition before and after surgery, the nature and severity of surgery-related stress and the chances for quick recovery. The use of continuous peripheral nerve blocks allows for decreasing opioid consumption and reducing their adverse side effects, accelerating recovery and in many cases, de¬creasing the length of hospitalisation. Continuous periph¬eral nerve blocks were found to be a safer alternative to epidural anaesthesia in patients who were administered antithrombotic prophylaxis.

The use of continuous peripheral nerve blocks ensures better control of post-operative pain than does PCA and reduces opioid requirements and inci¬dences of opioid-associated complications, enabling earlier ambulation and rehabilitation, reducing hospitalisation lengths and decreasing total treatment costs . The majority of re¬searchers agree that the opioid consumption is reduced by 40–70% when continuous peripheral nerve blocks are used.

The adjuvants in acute pain therapy are the drugs pri¬marily used in monotherapy for other than acute pain indica¬tions but that have been demonstrated to be effective for acute pain relief. Their intravenous or enteral administration is recommended, combined with other analgesics, based on the concept of multimodal analgesia. This diverse group of adjuvants includes ketamine, clonidine, I.V. lidocaine and gabapentinoids.

Clonidine was demonstrated to have opioid sparing ef¬fects; however, its side effects, such as bradycardia and hypo¬tension, limit its use to the selected patients and necessitate widened monitoring and strict post-operative surveillance.

Lidocaine is an amide local anaesthetic characterised by antinociceptive, antiarrhythmic, anticoagulant, anti-in¬flammatory and wound healing properties. It deserves its place among adjuvants. Contrary to the mechanism of action of opioids, the analgesic efficacy of lidocaine appears to be independent of physiological pain transmission pathways and effects on sodium channels.

The anticoagulant and anti-thrombotic therapy given peri-operatively limits its use.

There is a need for acute pain service in hospitals now. The APS is co-ordinated by the Anaesthesia department from the recovery and it provides optimal analgesia for the postoperative patients. The goal of the service is to appreciate each patient’s perception of pain and to apply different forms of analgesic therapy.

Role of the Pain squad:

Acute postoperative pain management should target various levels of pain transmission from peripheral nociceptors to the central mechanism for successful analgesia. The better approach is multimodal analgesia which reduces the dependence on a single medication or mechanism and reduce the undesirable side effects of any one modality which was restricting its use.

NSAIDS, OPIODS and ADJUVANTS still form the first line of postoperative pain management. Peripheral nerve blocks and Epidural analgesia added to this armamentarium reduce the opioid requirements. It is beyond the scope of this article to cover different types of peripheral nerve blocks. The article is a brief overview of post operative pain management. Acute pain squad is the need of the hour.